I think I've found a possible approach to solve the issue with the coupler / adapter for the motor and transmission: 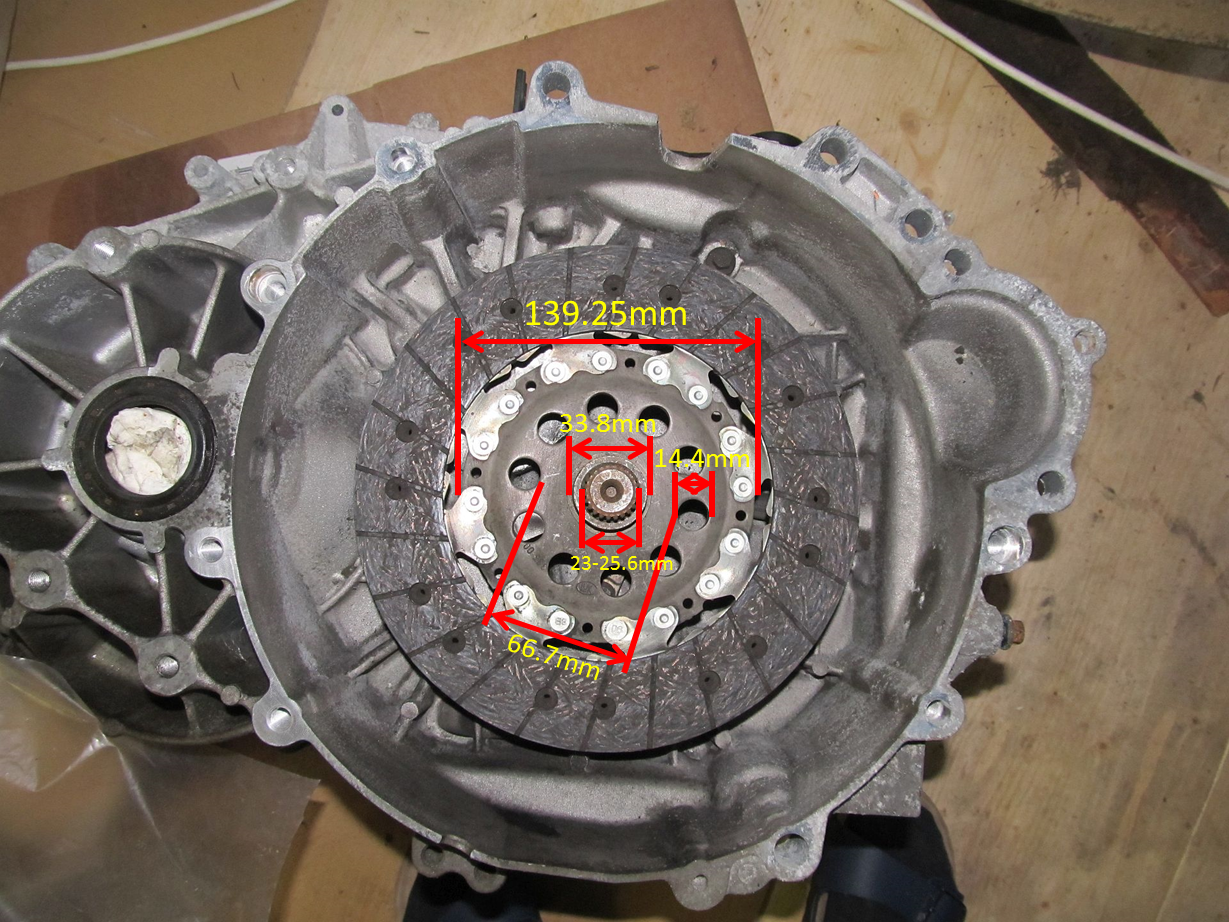 So the only custom built parts should be the motor shaft and the adaptor ring. But as they're pretty simple, I think it won't be too expensive. Hopefully I can get the measurements of the bell house from Ford. This would help a lot to align the two parts precisely.
Eingestellt von Unknown um 04:48 1 Kommentar:

It's cold in the garage

It's been awfully quiet here for a while - my apologies. I was changing jobs and going on a 6 week holiday in Australia with my family. This all needed some preparation and consumed some of my limited spare time.

So, in the meantime I was mainly doing dome rust treatment in the engine compartment. Wait a moment, rust in a 5 year old Volvo? Well, yes.. while working under the car it slowly dawned on me that I was working on a Ford and not on a Volvo. Almost every part of the frame is labelled "FoMoCo" - Ford Motor Company. And guess which were the only parts which had rust on them? Yes... kind of disappointing. But at least they stand up to it by labelling them.
I used a wire brush in a drill and removed the rust as good as possible. In accessible areas down to the bare and shiny metal. Then I applied 2-3
layers of Noverox (rust converter/primer) and 2-3 layers of black color. 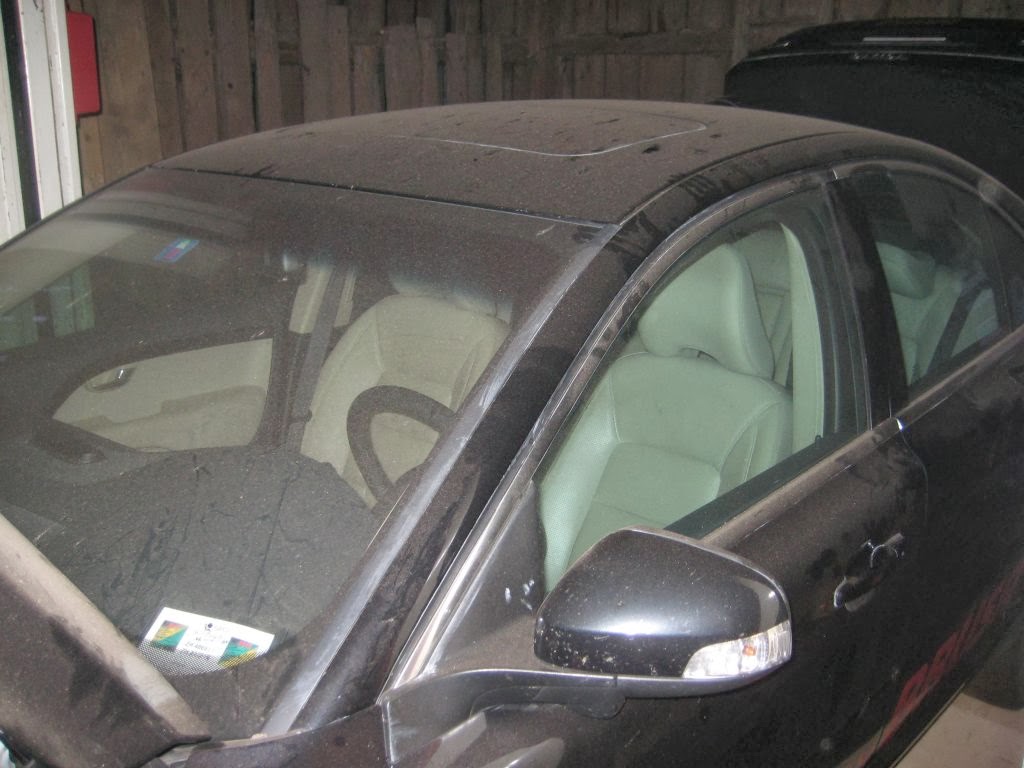 Aside from that I was playing with the electronics of the car. It turned out that it was fairly easy to trick the ECU into not reporting any error on the dash. When I connected the throttle control unit (motor with two pots which report the throttle position), I only had to switch on the ignition and the throttle opened and closed completely when depressing the throttle pedal. Perfect, that's all I wanted. It looks all too good at the moment but my hopes raised considerably that I'll be able to use the CAN bus signals to control the power output of the electric motor - hence drive the car with precision throttle input and the ability to use stock cruise control. So I finalized the GEVCU module which requests the throttle position from the ECU and processes the CAN bus signal into another CAN message which controls the Brusa inverter. It all works fine - with the car on the lift.

Oh yes, and while it's hanging on there, more and more dust accumulates on the surface. It almost looks like one of those long forgotten vintage cars in an old shed. I have to move on a bit quicker. I want to get it rolling again until spring time. 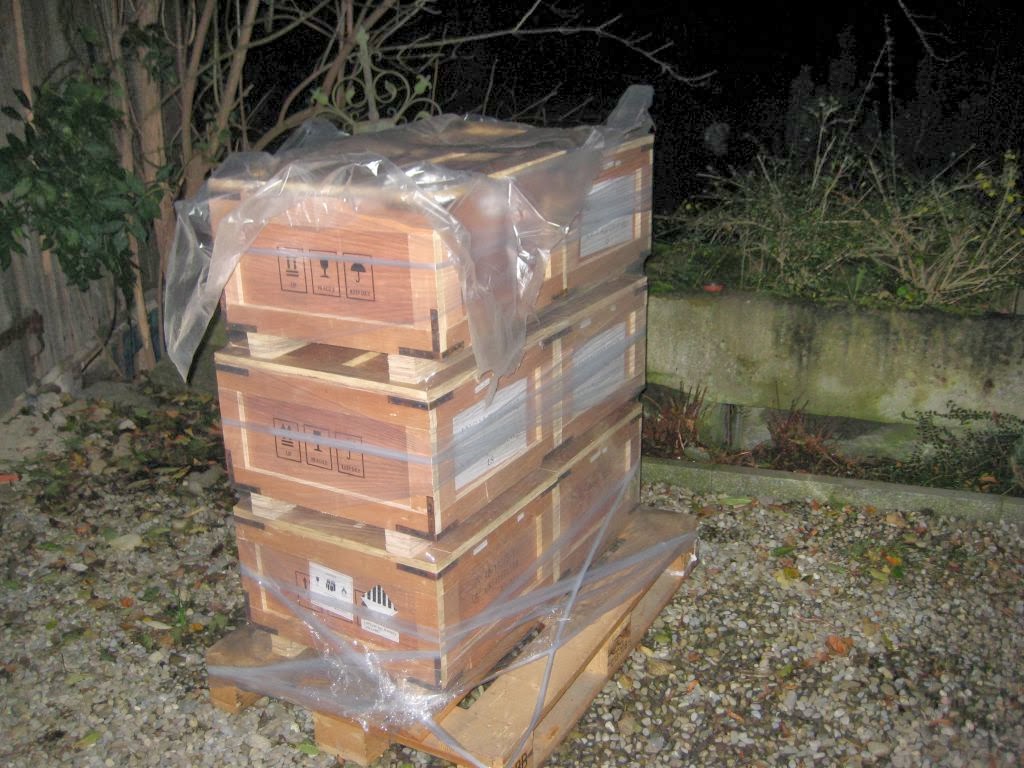 One thing I discovered while playing and researching was that the generator of the ICE communicates via LIN with the ECU. As soon as the generator is ready to power the car, it signals the ECU and the ECU in turn notifies the climate control system that it's ok to enable consumers like seat heating, supplementary heating and rear window de-mist. As long as the signal is missing, none of these appliances will work. So either I have to find the CAN message spoof it or I have to immitate the LIN communication from the generator. Either way won't be that easy, I suspect. If anyone knows more about the LIN signals or how to connect a small microprocessor to the ECU, I'm all ears and would appreate some help. 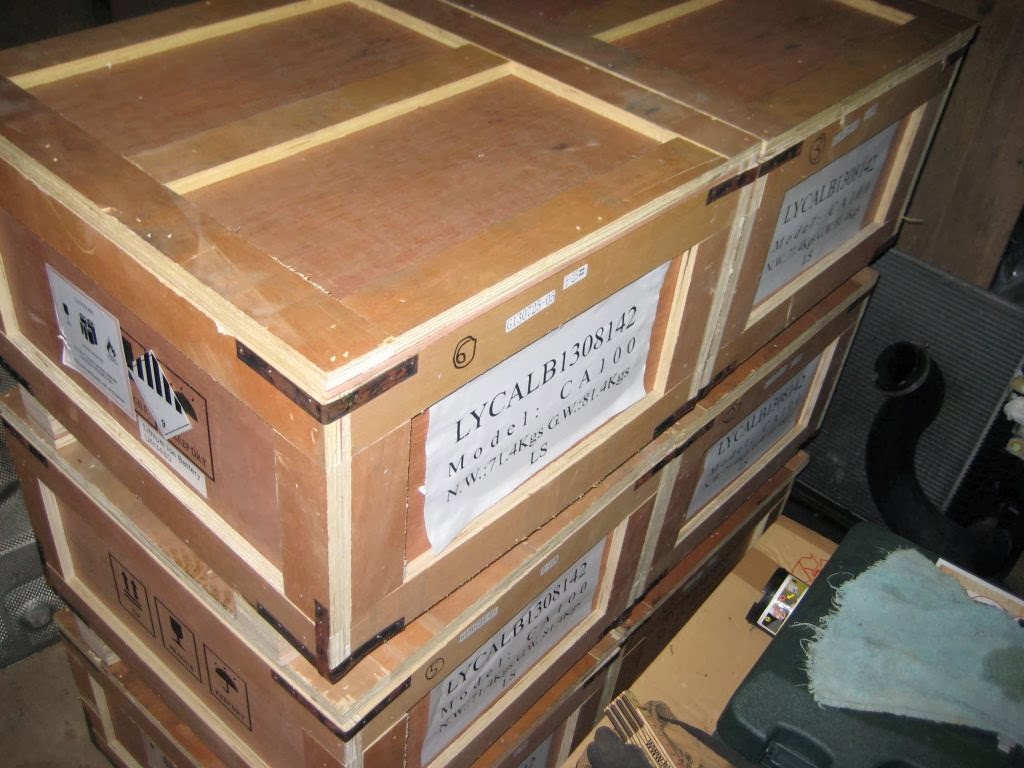 Last but not least, my batteries arrived - yeeehaaa !! I ordered them from www.lithiumstorage.eu which is located in Zurich Switzerland, not more than 40km away from my garage. Good price and great service. I ordered 120 CALB CA100 cells and they arrived within a week at my doorstep. No import taxes and transport was almost free compared to international options. So one of those days I came home from work and there it was, the stack of 6 boxes with a net weight of 408kg. Holy moly! How am I going to fit this in the car ?!? :) Well, some have to go into the engine compartment, some in the exhaust tunnel under the car, some where the gas tank was and some where the spare tire would be. 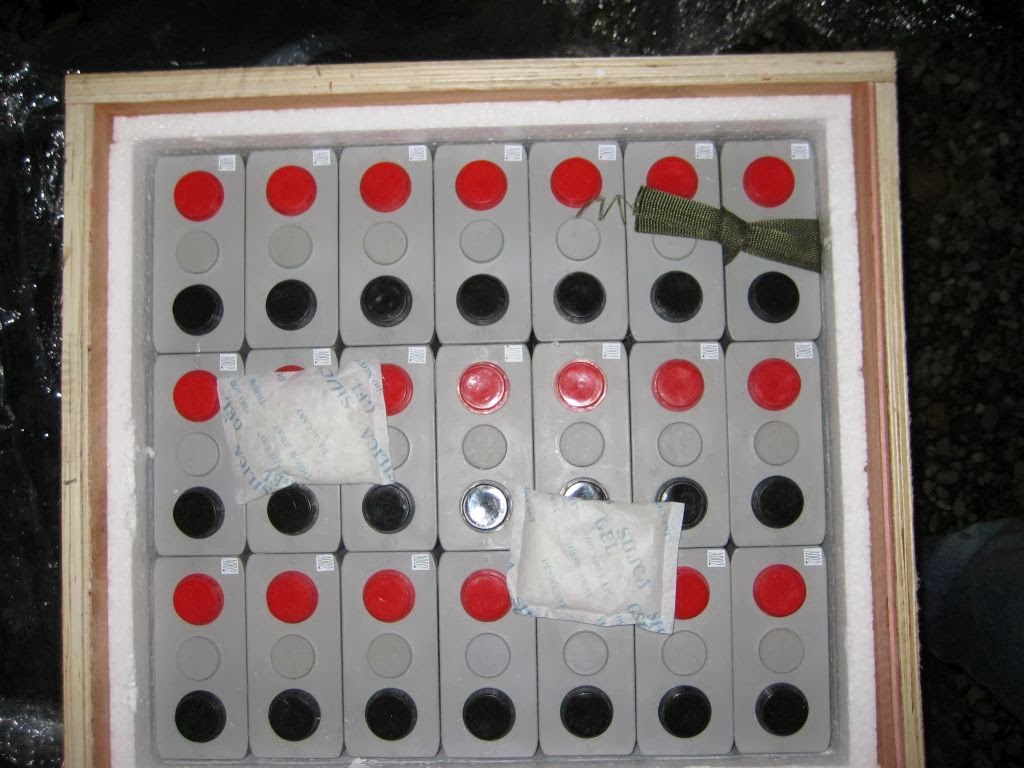 If this is not enough, the rest will eat up some space in the trunk. There's going to be a lot of construction work to be done for the battery boxes. 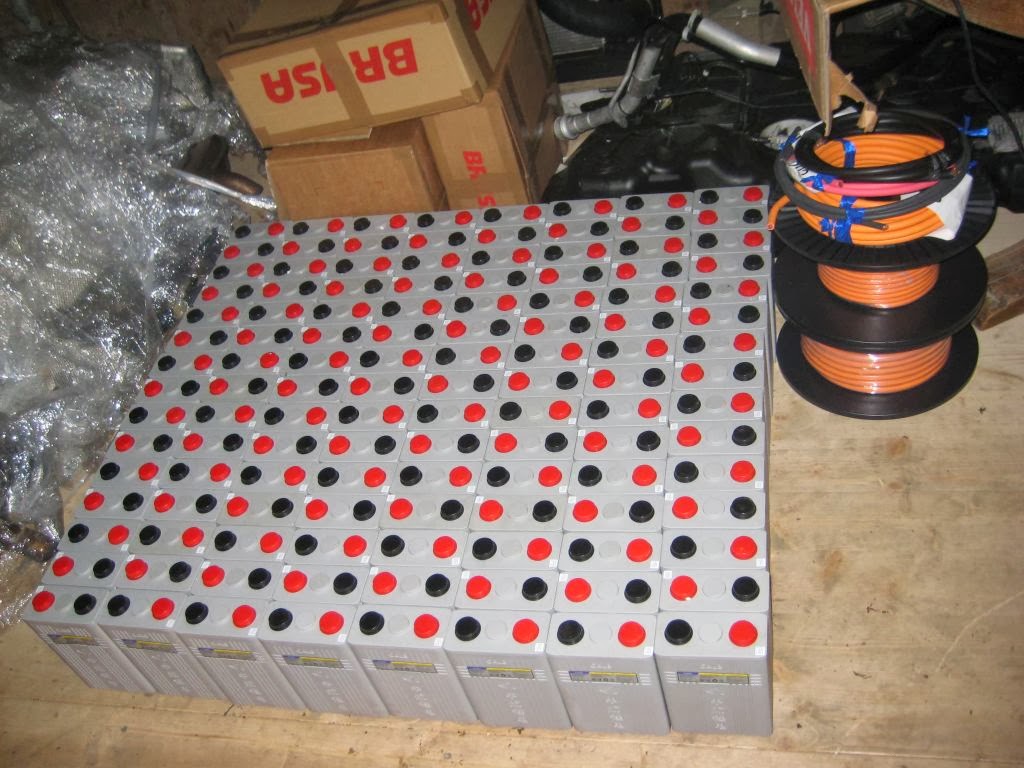 Another thing that keeps my mind occupied is the adaptor for the motor. Originally I planned to attach the stock flywheel and clutch onto the motor - as it is most common for custom conversions. But I got serious doubts that it's a good idea to let the bearings in the Brusa motor to support the 20kg of the clutch. There'd be quite some shearing forces without the wheel supported outside the motor. Christian from www.turn-e.de told me that he did the conversion without a clutch and now uses the clutch pedal to control regen. What a great idea! I was always thinking about where to
put a lever for additional regen. Dumping the clutch also saves me from aligning it horizontally to get it working. My currently favoured approach are two-plates: one 2cm thick which perfectly fits the motor, the other als 2cm thick which fits onto the gearbox. The gearbox has two precision dowels to position the ICE. This second plate is made to fit the dowels and lock it into relative position to the gearbox. Then we will place the motor with its plate on top of the other plate (vertically) and let it run. With small adjustments it should be possible to eliminate all vibration caused by misalignment. Once the motor and the gearbox are aligned, the plates are clamped together and then locked down with a few very strong bolts. This way it should be possible to remove the motor and precisely put it back in place again without much effort.
The adapter between the involuted spline shaft of the motor and the shaft of the gearbox is going to be another challenge. I'm thinking about two shafts - one in the motor and one around the gearbox-shaft. They are connected via a flange. But honestly, I'm a bit at a loss here. Anyone got some experience with this or a hint?