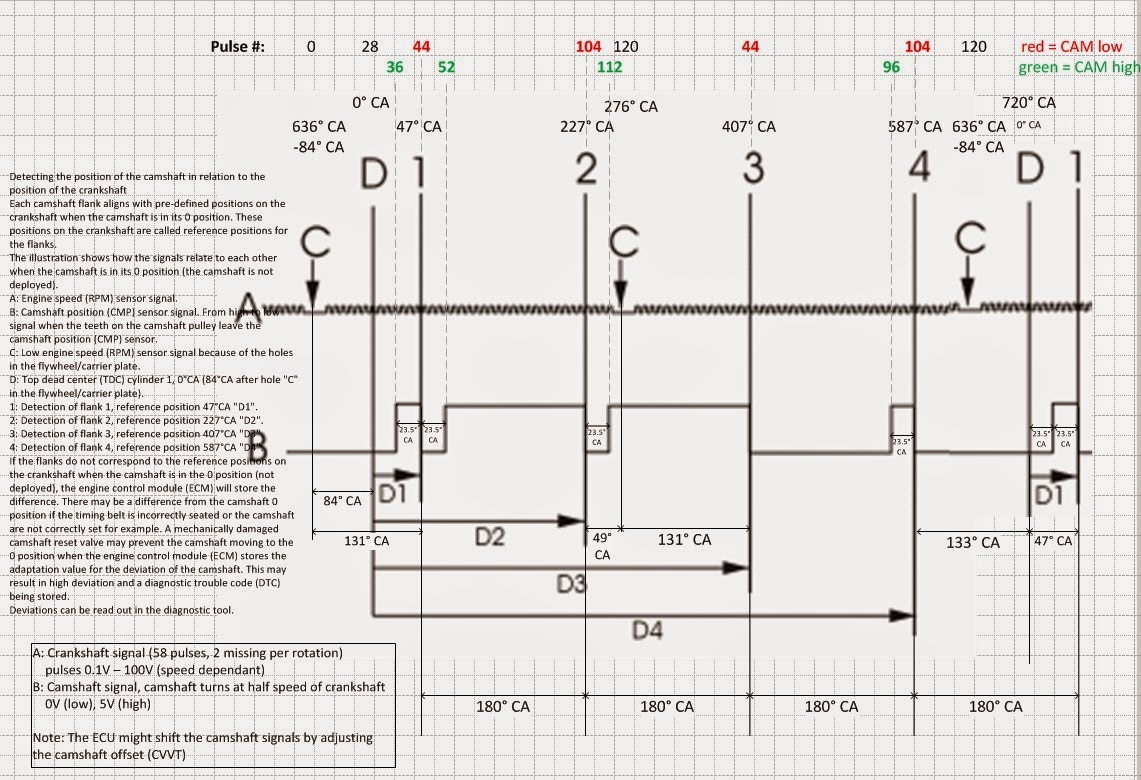 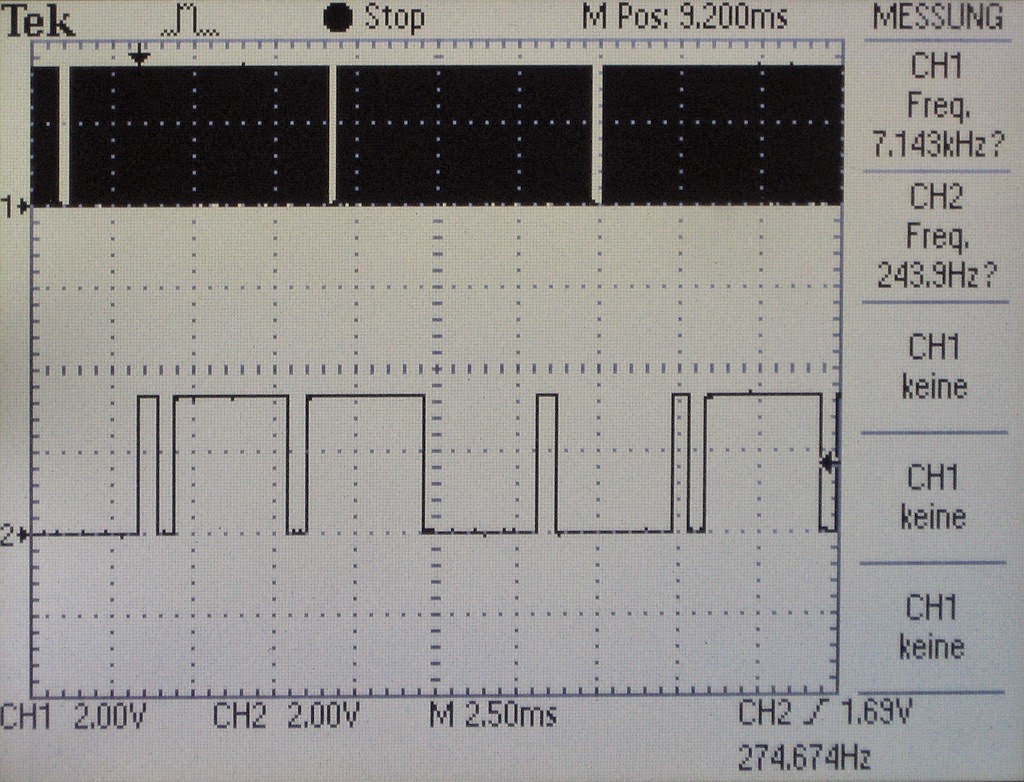 I'm trying to fake the crankshaft and CAM signal with an arduino based system (www.gevcu.org) according to Volvo's specification. The output of my signal generator (https://github.com/neuweiler/EngineSignalSimulator) is looking a lot like the one in Volvo's spec. But somehow the ECU is not happy with it yet. I get DTCs about alorhythm problems. On the right side you see the spec sheet and the output on the oscilloscope. In the spec the crankshaft signal is supposed to be a sinewave with voltage range from 0.1V to 100V according to the motor speed (the rpm sensor it's a magnetic inductor). But on other pages, it's said to be a sinewave from 0.1 to 5V. So I'm not sure if my timing is out of spec or if it's just the voltage which does not conform to the speed of the signal or if the ECU is not happy because it's a square wave and not a sine wave.
I think I need a reference signal..

With the transmission fixed, my spirits rose again and I spent more time in the shop, finishing the battery bay. No rocket science but an important step. Also the brackets mentioned in the video, which will mount the rear part of the bay to the car, are already done and ready to be mounted. After checking the distances of the batteries again, I found out that it should work within the tunnel and on the left side. But the ones on the right side of the car, exactly where I'm working on in the video, are most likely a bit too close and I have to re-do them - sacrifying a bit of the safety space towards the rear strut. With some insulating rubber or silicone it should still be allright though.
To prevent the batteries from moving up in the construction, I first thought of velcro straps. But I think I'll be placing a plastic sheet on top of the batteries and then fill the space above with expanding construction foam. This should sufficiently hold the batteries in place vertically. The major forces will be picked up by the aluminum construction.

Finally, I've cut my video on the transmission repair. It came out quite lenghty and is totally not EV related. But it might be interesting for some folks dealing with transmission problems. Without spoiling the story, I think I got very lucky and am thankful that it didn't get as expensive as I first expected. One of the next videos will be a report about mounting the motor and transmission and probably we get some wheels spinning :) Mwha ha ha !