The car is really nice to drive. It delights all kind of drivers: from family members, friends, our local pastor and media folks. Usually guests enjoy to ride along but when taking over the drive, that's when they really get hooked up and show their teeth in a nice EV grin.
The funniest incident was when I was driving with 30kmh through a town. Two guys sitting on their Subaru Impreza were looking at me with no particular interest while I was driving towards them. When I passed them, I could see in the rear view mirror how both bent over, eyes almost falling out and a "WTF?!?" expression on their face. Yeah, that was a silent electric car :)

But you know, there's a real downside when you convert your own car: you get hyper-sensitive to vibrations, rattles and squeaks. I always go "Whaah! What's wrong with the car?!? Is something coming apart?" until I find out that it was only irregularities in the pavement or something else rather trivial. One day I burst out in laughing about myself: I was driving in the rain and with my feet I could feel a strange rattle through the accelerator pedal - mind you, the pedal, not the floor! It stopped each time I was driving through tunnels and it resumed once I was outside. Of course again, I went "What the heck is wrong now?".. It took a while until I found out what it really was: it was the wipers blades!! I could feel the vibration of the freaking wiper rubber when it reversed - with my feet. And due to the rain sensor it was intermittent in tunnels. You'd never imagine that when you start a conversion...

But there's something that really went wrong with the car and lead to a grounding - but more about that in a later post. 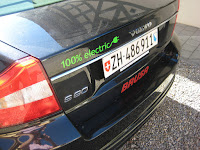 Another thing I realized: In normal traffic nobody really notices that it's an electric car. So another sticker has to go to the rear end (although I don't like stickers on cars). A friend who works at a labelling company and already made the Brusa stickers, quickly cut out various sizes of the emblem I thought would represent the idea best. I like it.

Oh yes, I owe you some technical facts:
The estimated range is around 250km (20% SOC).
Top-speed: Don't know exactly yet.. but my (not too wild) guess would be around 190-200kmh
I was planning the car to reach Kreuzlingen (100km) on one charge. When I did it the first time, I was surprised that when I arrived from the initial 90Ah still 48Ah were in the batteries. So I could drive back and even have a couple of Ah reserve. What a pleasant surprise :)

A friend of mine got a FLIR camera and of course we took some pictures of the engine bay after an extended drive. The batteries to which we had access to, all showed a uniform heat pattern (no heat  at all).

Another round of CAN bus hacking

I still want to get seat heating/cooling, the additional heater element and de-mist operative. At last, I found another S80 owner who was willing to let me record high-speed and mid-speed bus messages at ignition, idle and revving at 1500rpm. With Collin Kidder's fantastic tool Savvycan. I was able to replay a group or single selected messages into my car's bus. Within 60min I got lucky and identified the message and bits which tell the Climate Control Module (CCM) to turn on high-power equipment. I got all the features working but unfortunately only intermittent. The Central Electronic Module (CEM) sends the "turned off" message every 100ms. So the systems switch on and off a couple of times per second. What to do? Well, I could cut the CAN wires right after the CEM and insert a filter. But as the SRS is also connected to the same bus, it might not be the best idea.  If the rare event occurs that I make an error, the airbags might not deploy when needed - or they might go off at the wrong time. Better try to locate the connection points 73/4001 and 73/4002 and only cut the line before the CCM, DIM (dash) and OBDII connector. Then I could also inject rpm information for the dash.

Maybe an even better idea is to try my luck on the high speed can bus. Right after the Engine Control Module (ECM), I could inject the rpm and operation state of the alternator. The ECU communicates over LIN bus with the alternator. Once it's ready to deliver power, the ECM tells the CEM that everything's running and which again tells the CCM that it's ok to activate high-power equipment (still with me ? :) ). Another advantage of this approach might be that the Brake Control Module thinks the motor is running and enables the supplementary power braking pump when performing an emergency brakes Although the power assisted braking works fine, rolling on asphalt you still have to push down the pedal pretty hard to get the tires skidding and ABS jumping in. I'd like this Volvo feature to be operative in my car even though it sometimes causes you and especially your passengers to be suddenly restrained by the safety belts - just because you pushed the brake pedal down a bit quicker then normal. 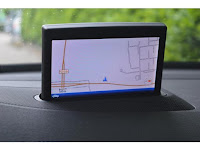 Yep, Volvo no longer supports the Road Traffic Information system (RTI) I have in my 2008 car. The 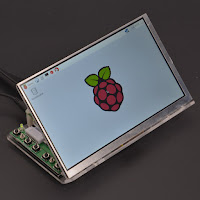 latest maps are from 2013 and there won't be any newer ones.  Wow, only 5 years of support.. Because of that and because there's now an almost useless 7-inch screen now in the dashboard and because I don't particularly like the approach of using a tablet just to see the car's main parameters, I bought myself a 7-inch 1024x600 touchscreen with HDMI, VGA/RGB and even composite inputs together with a Raspberry PI. My plan is to replace the built-in screen with one of higher resolution and touch capabilities to use it
as modern navi, mediacenter and display for a selection of GEVCU gauges. Raspberry is the ideal choice as in the edition 3B it offers bluetooth, wifi, ehternet and 4 USB connectors. You connect it to a display via internal connector or HDMI. The screen is a bit too wide though.. the RTI screen casing might need some "adjustments".

At first I installed Android Marshmallow to get my favourite navigation app "Waze" running. It worked pretty much right away (without GPS signal yet). But after hours and hours I could not get the touchscreen running. I think I'd have to build a custom Android kernel with some special parameters so the eGalax Touchscreen driver can be loaded. Maybe at another time. I think the next thing to try is Raspbian and Navit. It doesn't look as cool as Waze but it might do its job as well. Another cool app might be Genius Maps.
The display I chose might be a tad too dark for car environments. Maybe the backlight can be tweaked somehow. So two things to do on this front: get touchscreen running on Android or find a decent Navi for Raspian and increase the brightness of the screen... oh and also squeeze it into the old display frame.